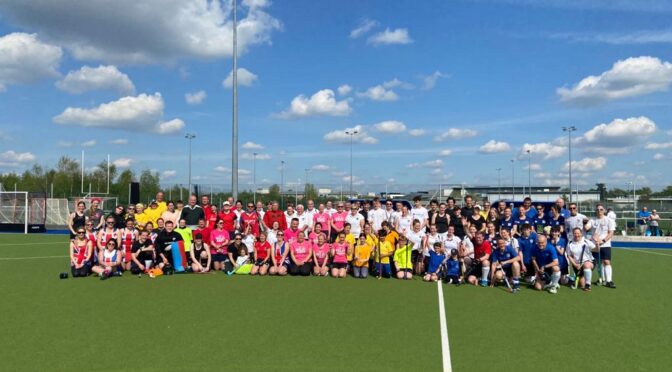 Our Centenary Tournament was a hit! And the sun even came out to play. Congratulations to Dream Team 2 for winning the whole thing. 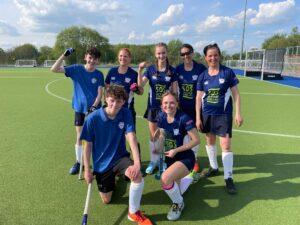 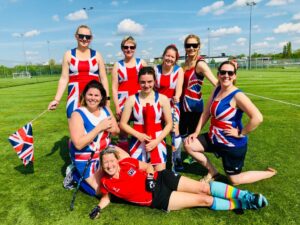 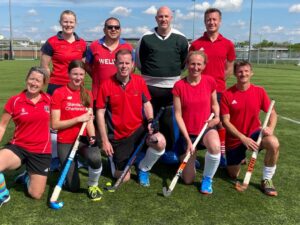 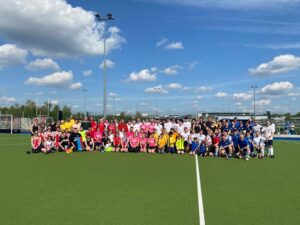 It is with much sadness that we have to advise you that Myra Hardy (Clarke) passed away peacefully at Anson Court Care Home on 29th March with husband Simon by her side.

Our deepest sympathy goes out to Simon, her daughter Gill and the five grandchildren.

Myra was a great influence on WGC Hockey club both on and off the field of play from the 1960’s through to the 1980’s, also representing Hertfordshire and her native Scotland during her career. She played a big part in Welwyn’s dominance in Hertfordshire during this time. Playing centre half, she was always in the thick of the action and was a formidable opponent. Later on, when she stopped playing, she turned her hand to coaching and managing the Ladies 1st Team who benefited greatly from her experience. It was lovely to see daughter, Gill, following in her footsteps to become a formidable player in her own right.

Details of the funeral arrangements have now been confirmed as 10.15am on Thursday 28th April at Harwood Park and afterwards at Welwyn RFC.

New and returning players are always welcome! We have a team to suit every standard. Seasons run September - March with matches on Saturdays, training on Wednesdays.

Get in touch with us